Five out of six is the key formula to the brightness and openness in this house.

Five out of six is the key formula to the brightness and openness in this house. In a city where severe weather conditions created houses with small openings, and many residents with SADs, the residents in this house will experience daylight to its fullest level in both winter and summer days. 5/6 House is an attempt to save on light bulbs! 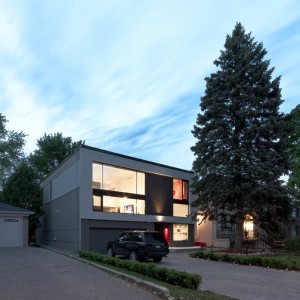 In the same fashion as in a Rubik’s cube 5 out of 6 modules shift in every level to form the living spaces, and one is removed to allow for visual communication and natural light. When on the ground floor a void opens up to the basement, and on the upper level a floor is removed to form a double height living room below, the light playfully finds its way through the cuts and slices to travel from the front of the house to the end in the kitchen and through the void into the basement where one could watch the tips of the trees outside the house, stay connected to the outside world and never feel lower than ground. The reflection pool in the basement floor helps the mechanical system by producing reasonable amount of moisture and creating a microclimate condition. The sound of falling water into the pool along with the natural light soften the atmosphere and creates a poetic space to live in. 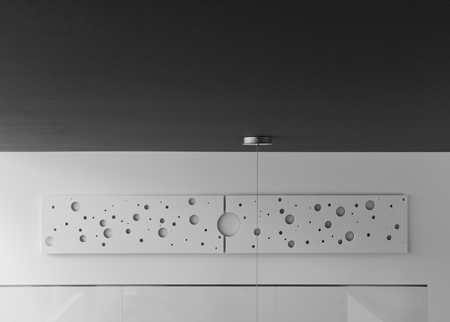 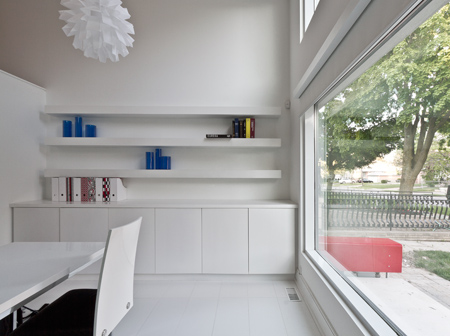 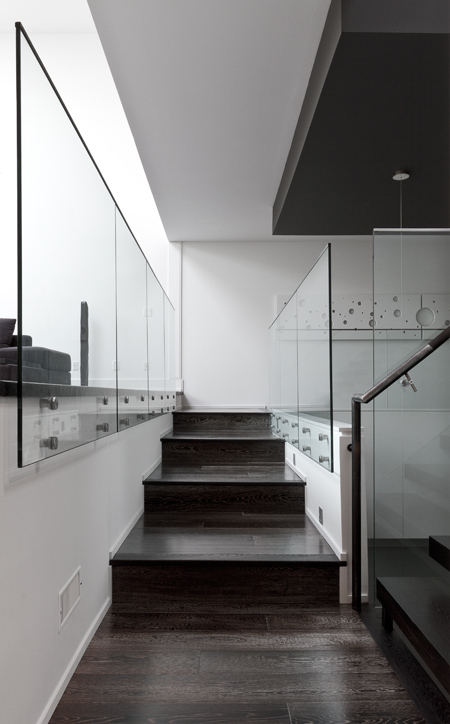 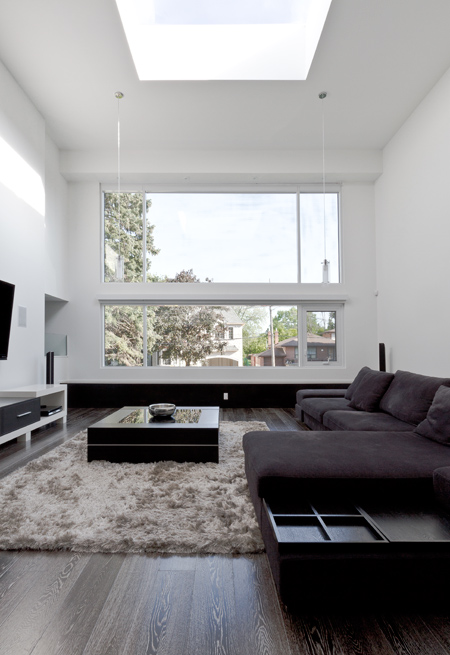 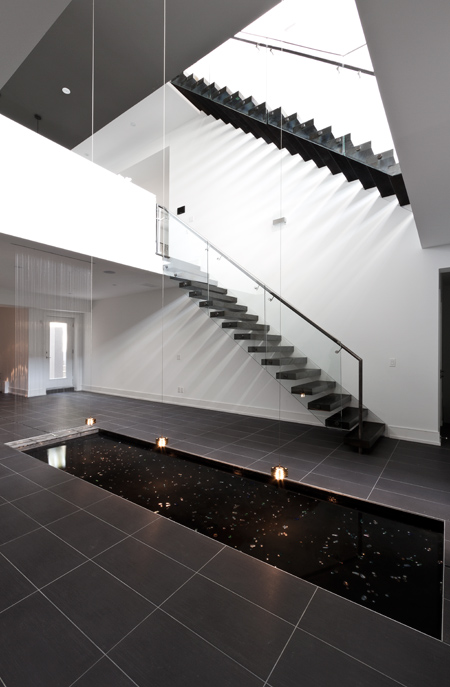 The circulation around the house merges with public spaces in the lower level and forms a corridor on the upper level to connect the more private spaces of the house, i.e. bedrooms and bathrooms. The main open concept staircase emerges from inside the void and allows for constant visual connection through the void and onto the reflection pool. 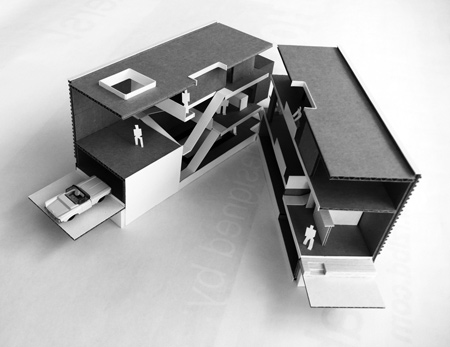 Though its facade may be unimposing, the interior of Toronto’s 5/6 House is certainly one of a kind.

The home, designed by Atelier rzldb, was designed to make the most of natural light, and the interior is a study in stark contrast. The house’s name is fitting, given a floor plan that sees five main-floor rooms – a kitchen, dining room, family room, living room and home office – with a gap where a six would appear to fit.

Crisp white walls and other features are offset by rich, dark floors and furnishings, which only serves to highlight the house’s unique sense of space. The colour scheme also lends the house a very formal feel, which is reinforced by an almost minimalist design throughout.

More importantly, the home has an unusual but welcoming flow, with an open concept linking rooms, often through small flights of stairs. The stairs are also dark in colour, offsetting the white walls and appearing to protrude from out of those walls without support. Glass panels serve as a balustrade.

Though the house may have been built with an intricate design in mind, its interior design is simple almost out of necessity. The home’s flow and contrasts would make any overly ambitious additions to the interior design seem unnecessary at best and disjointed at worst. Quite simply, the building itself, as designed, serves to create its own atmosphere, and additional features would throw off a balance that is oddly warm, given what should, for all intents and purposes, feel like a clinical building.

The most striking feature of the 5/6 house, helps connect the house’s multiple levels. A waterfall flows into a long reflecting pool in the home’s basement, taking up much of the open space on the bottom floor. The waterfall, along with natural light from the house’s large skylight and the windows on the building’s south side.

The house’s many windows also allow views of the outdoors which, in the scenic area in which it is situated, brings a sense of peace and tranquility that complements the contrasting colour scheme inside while enhancing the look of the dark natural wood floors.

Overall, the home itself seems almost out of place in the city – a respite from the hectic Toronto life and a far cry from the nearly uniform suburban houses in the North York neighbourhood in which the 5/6 House sits. 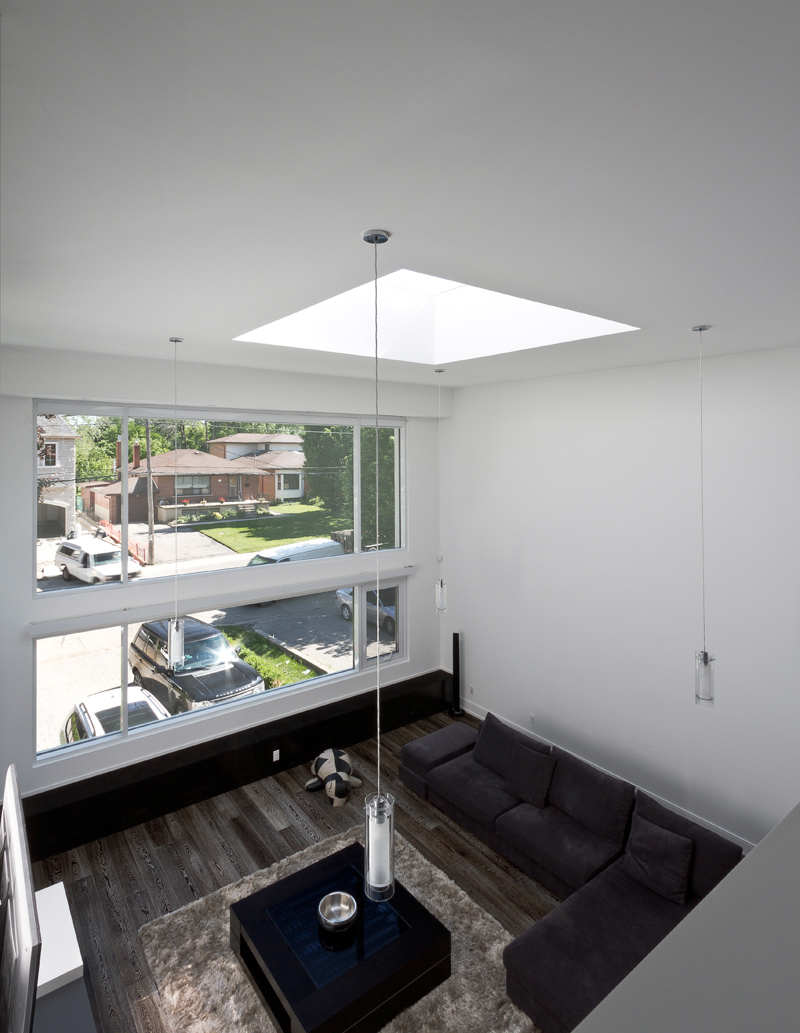 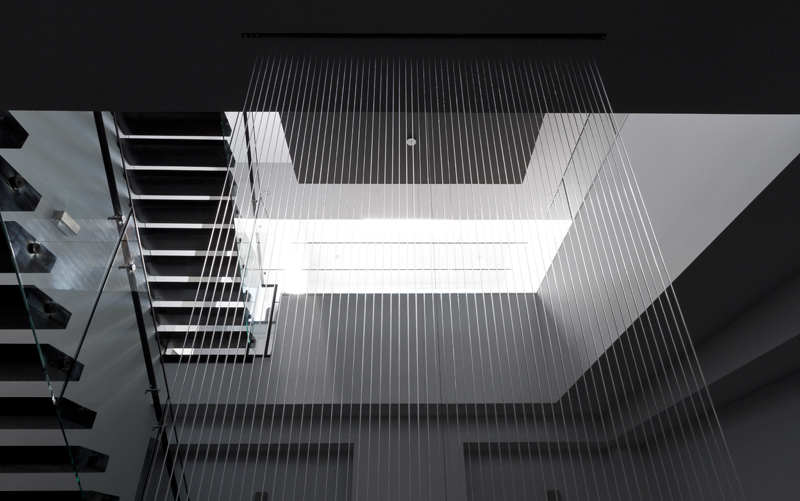 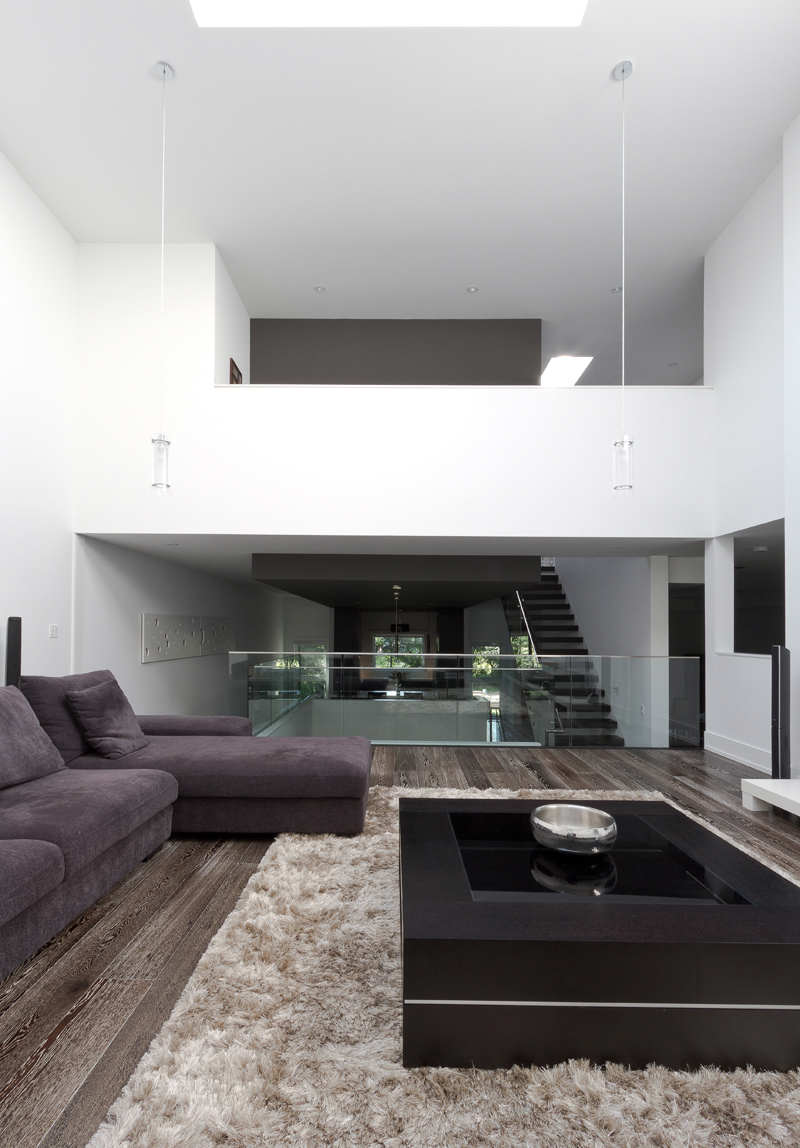 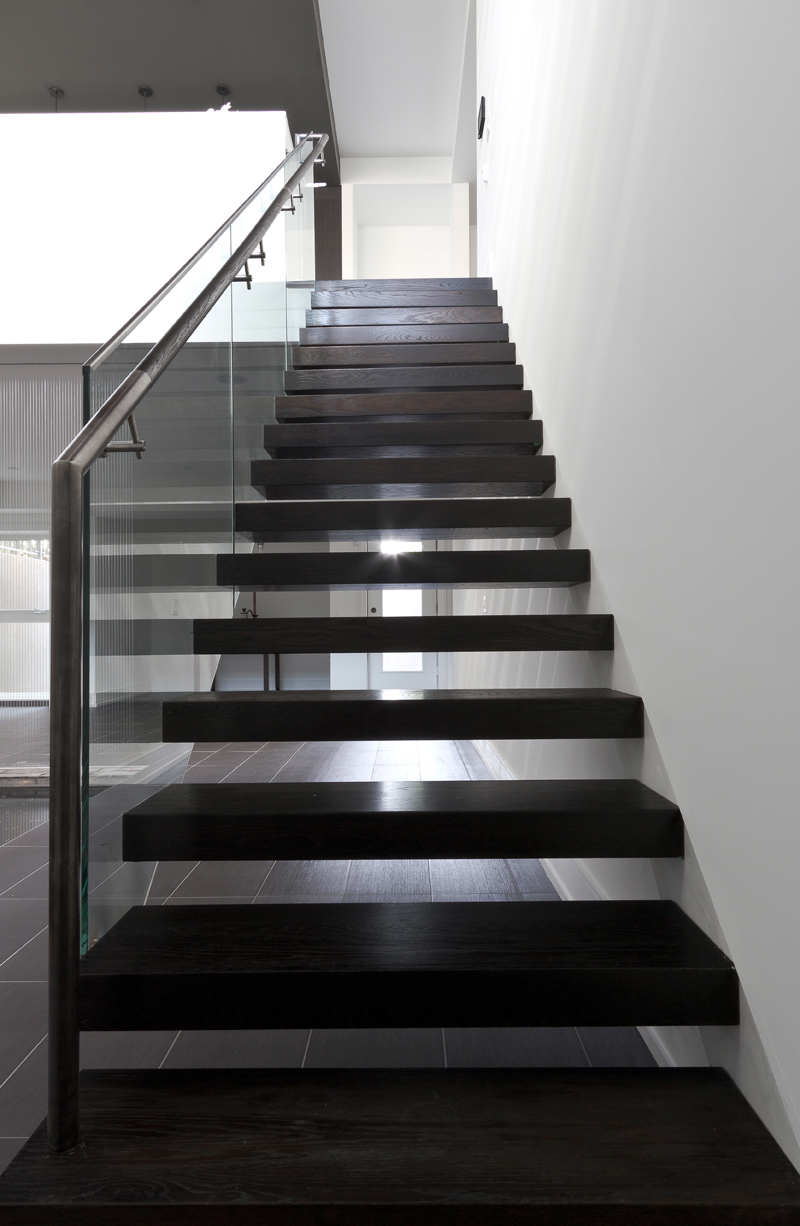 Share it on any social media channels below with your friend.

Why you should get our free e-book? 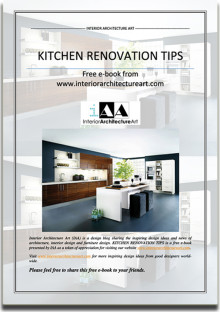 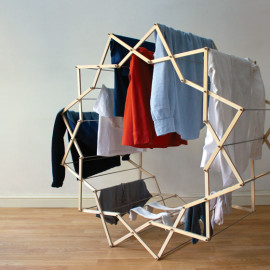 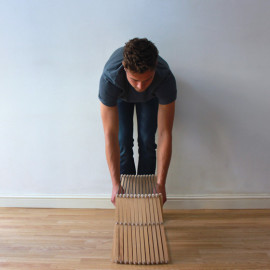 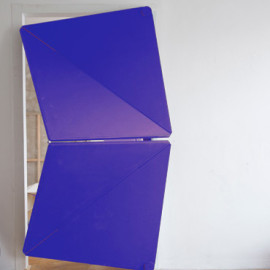 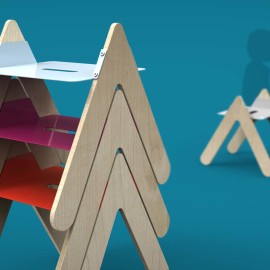 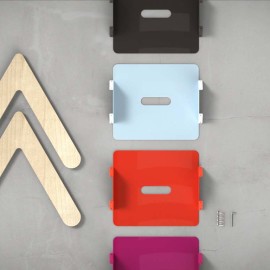 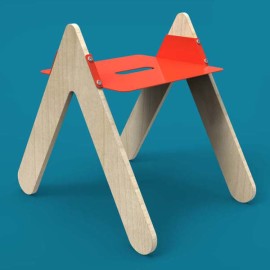 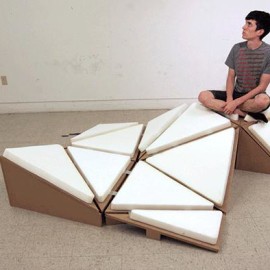 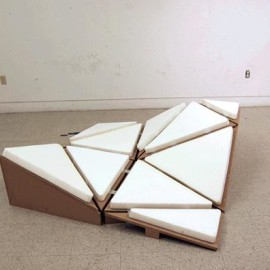 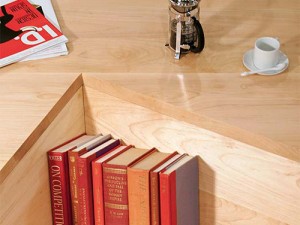 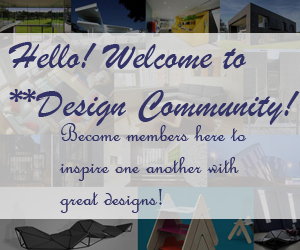